Functional food & drinks are food and beverages with special ingredients that support certain functions of the body: they promote digestion, improve concentration and attention, help to relax or have a positive effect on eye health. 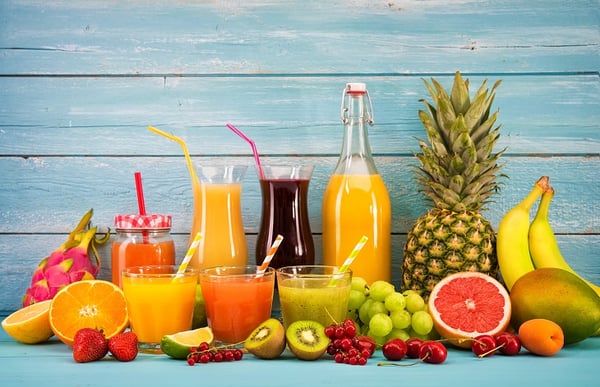 People today want to be efficient and productive - and at the same time feel good in both body and soul. Nutrition is like an individual fuel for the body: what we eat and drink determines what quality of energy we make available to the cells every day. More and more people are taking advantage of this knowledge: Because certain ingredients have special “abilities” to trigger or favor certain reactions in the body and therefore also in the psyche. For example, 54 percent of German consumers are interested in products that promote digestion, 35 percent of Chinese want functional drinks with anti-aging effects and 61 percent of Australians choose drinks because of their health benefits!

Kombucha, for example, is considered to aid digestion and it is not for nothing that sales of the probiotic trend drink grew by 21 percent in the U.S. in 2018 and 2019. A number of prebiotic, probiotic and postbiotic ingredients can influence the microbiome in the intestine and thus support digestion. And not only that: It is already known from science that there is an “intestinal-brain axis” through which nutrition also influences mental wellness. Ingredients that also help reduce anxiety, stress, and depression are called psychobiotics. Not only digestion, but also psychological well-being can be regulated via the intestine!

However, good digestion is also an important factor for well-being per se: if the metabolism works well, this contributes to an overall good body feeling. Toxins are transported out of the body faster and complaints such as abdominal pain or a feeling of fullness are less common.

Fiber and pure water are particularly important additives for products that are supposed to support digestion and metabolism. Fruits and vegetables naturally already contain a lot of fiber. During the past few years, some fruit juice labels have launched so-called “whole fruit juices”, which score with an extra addition of fiber.

Nootropics and adaptogens: more power for the grey matter

Mental well-being and mental health are gaining in importance. In the UK, 34 percent of consumers say that mental wellbeing is more important than physical wellbeing. Self-care and preventive health is increasing, and nutrition hereby plays an important role.

Source: “The superfoods of the future ¬– Local, sustainable foods or foods that offer new benefits have potential to thrive as next generation superfoods”, Stephanie Mattucci, Mintel, October 2018

The health of the brain is increasingly coming into focus and the demand for functional food or beverages that promote attention and ability to concentrate is increasing. According to a survey by Euromonitor International, 47 percent of 30 to 39 year olds say they are "under constant pressure to do things", compared to 46 percent of 20 to 29 year olds. On average, 15 to 20 percent are very concerned about their memory and 35 to 40 percent are moderately concerned about it. The following nootropics are increasingly used in functional beverages:

• Choline: The micronutrient, formerly known as vitamin B4, is also found in meat, eggs and some vegetables.
• Creatine: The amino acid is traditionally known from bodybuilding products. It provides the brain cells with energy.
• Brahmi: The Ayurvedic herb supports the growth of dendrites in the brain.
• Resveratrol: The antioxidant is also a component of red wine. It brings potential cardiovascular benefits, but there is also evidence that it helps slow the age-related cognitive decline.

According to Euromonitor International, coffee and tea should have a particularly great potential for nootropics, because caffeine and L-theanine are two of the well known nootropic substances. Other ingredients in this segment include gingko, biloba or omega-3 fatty acids. For example, lutein is found in spinach and anthocyanin in blueberries.

Functional drinks for a good sleep

Worldwide, people are increasingly complaining about sleeping problems. According to the EMI, only 18 percent of adults wake up refreshed and alert every day. The majority of respondents in the 20 countries say they need seven hours of sleep a day - most are far away from it. Functional beverages can also help people fall asleep faster and sleep through the night. Cannabidiol (CBD), melatonin, amino acids such as L-tryptophan and L-theanine and botanicals such as passion flower are suitable as additives for functional food and drinks that promote sleep.

“The superfoods of the future ¬– Local, sustainable foods or foods that offer new benefits have potential to thrive as next generation superfoods”, Stephanie Mattucci, Mintel, October 2018 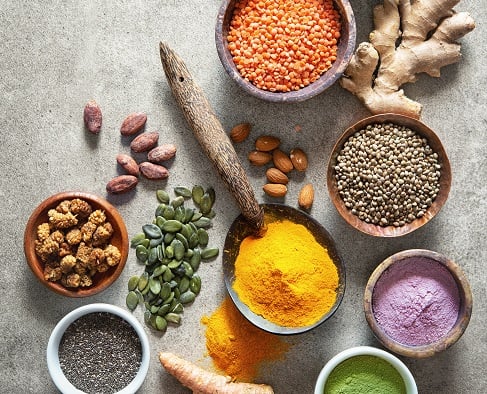 Working in front of the computer and the increased amount of time that consumers spend on other screens such as smartphones or tablets leads to focusing on eye health. According to Mintel, the “e-athletes”, the gamers, who often focus their attention on the screen for hours, should not be underestimated: the eyes are naturally particularly stressed - which is why more and more functional drinks are being used here to strengthen the eyes. For example, 25 percent of consumers between 16 and 24 in the UK are interested in drinks that improve their eye health. Seniors are also concerned with this issue: In the United States, 68 percent of those over 65 are in eye health treatment. According to Mintel, lutein and zeaxanthin are often described as “internal sunglasses”, which are also used in functional beverages.
Mintel mentions vitamin A followed by vitamin E, zinc and vitamin C as additional ingredients for drinks that have a positive effect on eye health and eyesight. In addition, omega-3 fatty acids are also relevant for eye health.
What specific ingredients are we talking about? Due to their naturally high provitamin A content, carrots, for example, also support eyesight as a component of functional beverages. Mintel also names yogurt, eggs, avocado.

Sources: “Meet the changing needs of todays athletes - Go beyond the traditional mindset for performance nutrition and look for new opportunities for gamers, outdoor athletes and the weekend warrior”, Stephanie Mattucci, Mintel, January 2020

Functional beverages are a new generation of drinks for health: they have a specific effect on certain body functions through particular ingredients. The addition of certain ingredients in functional drinks is said to support a good sleep, improve concentration and attention, and reduce stress and anxiety. As science discovers more and more connections between digestion and mental health as well as the immune system, functional drinks that promote digestion, for example by adding fiber, are also conquering the market. 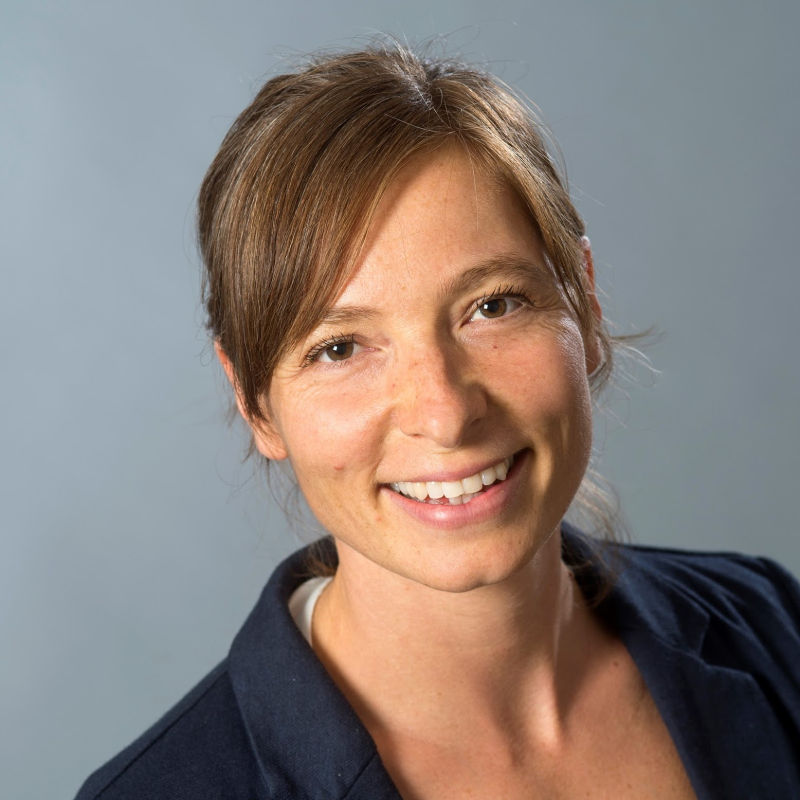