How taste is created

Do we mainly taste with the tongue or is there more? Because how taste is created is a complex matter. In fact, all of the senses play a role. In particular, the appearance of the product is important for social media. 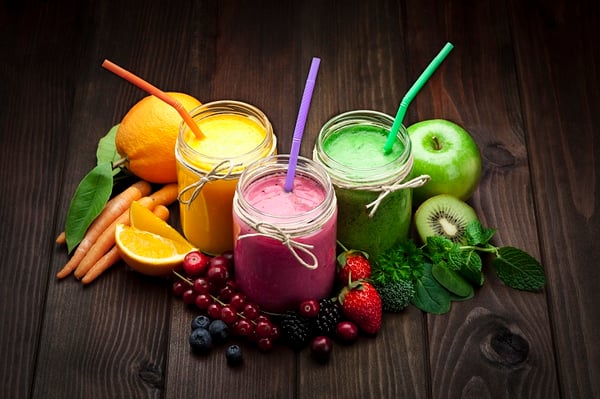 The taste buds on the tongue are directly responsible for the taste we perceive. In addition, we perceive the texture of the food or drink via touch and feel through the tongue.
But that's not all: the smell of the food also has a significant influence on how taste is created. We all know it when we have a cold and can hardly taste anymore!
A new, innovative beverage bottle also proves the influence of the sense of smell on taste: A German company sells the product, which uses various attachments to stimulate different tastes purely through the sense of smell. While you actually drink pure water, the brain is suggested that it is, for example, cola, apple juice or cherry lemonade. Incredible? It's true!

Memories and emotions will awake

The senses of smell and taste are actually closely related. How? Both stimuli are passed on to the brain, which recognizes, evaluates and classifies the flavours. In addition, both smells and tastes trigger emotions: What we don't like arouses disgust, and when we smell the freshly brewed coffee from the coffee machine after getting up in the morning, the anticipation for the first sip grows. And in the best case also for the day! When we eat apple strudel or the classic “Sunday roast”, nostalgic childhood memories are unconsciously awakened: With the taste, we subtly experience the security of back then as if it were today. So what we feel enhances taste and our evaluation - and vice versa!
With the complexity of the experience and effect of taste, a separate discipline has developed: Neurogastronomy explores the interwoven and exciting relationships how taste is created.

How is taste created? You eat with your eyes (first)!

For the presentation on social media, the visual impression of the product in relation to the (supposed) taste is of course very important. Scientists have also found out in various surveys that not only the shape and texture, but also the colours of the product have a strong influence on how we experience its taste! One survey found out that we associate specific designs with certain colours. In the first run of a well known survey, the test subjects were served white wine and red wine. The 54 participants described the aromas according to their colour using typical terms for red and white wine. A week later, the test subjects received the wines again - once original and once coloured. The result: The test subjects described the clear white wine again as white wine, but the coloured white wine with taste terms that are assigned to red wine. Many follow-up surveys, for example with coloured yogurts, confirmed the result. Among other things, in a survey wine connoisseurs could not necessarily differentiate between white wine and rosé, as a survey by Ohio State University has shown. In addition, a wine in blue light was rated better than in white or green. Drinking chocolate, on the other hand, should taste best in orange cups, in cream-coloured or red cups it doesn´t go down well at all.

In another survey, the participants were served blue-coloured steaks with green potatoes and red peas in dark light. As the room lit up, some felt nauseous at the sight - even though they had recently eaten from their plates.

The fact that visual stimuli are processed around ten times as quickly as stimuli that originate from the sense of taste or smell has an evolutionary background: It is more survivable to recognize a spoiled food before you bite into it. Accordingly, the brain has more capacity for visual stimuli than for the nose and tongue.

The brain prefers the colour red

In fact, the brain not only makes assumptions about the product itself via the colour - it also unconsciously evaluates the taste via the colour. And the assessment seems to be uniform: We unconsciously judge red foods as “better” than, for example, green ones. Why? Among other things, they are associated with a higher degree of maturity. So it is not necessarily a coincidence that most children spurn vegetables: human brains are apparently wired to prefer red foods such as meat to greens such as broccoli.

Source: "Why children never want to eat their vegetables: The human brain is hard-wired to prefer RED food over green", Daily Mail
https://www.dailymail.co.uk/sciencetech/article-3934824/Why-children-never-want-eat-vegetables-human-brain-hard-wired-prefer-RED-food-green.html

We also find red gummy bears sweeter than green ones, and bright red juice or yoghurt is generally perceived as fruity. Green smoothies, on the other hand, are considered healthy because they contain a high proportion of the plant pigment chlorophyll. Food in red, yellow or orange packaging stimulates the desire to buy more. All in all, visual stimuli arouse and intensify a certain taste expectation even before tasting. The colours blue, purple and green are supposed to curb the appetite, so if you want to do the opposite, you prefer yellow, orange and, as already mentioned - red. We can perceive red as sweet as well as spicy or hot. We associate colours such as pink and purple with a sweet taste, violet and indigo are definitely bitter. We taste olive green as “oily”, while we associate light green and yellow with a sour taste.

Read about the best alternatives to synthetic colours here.

Last but not least, the sense of hearing is also crucial: With Instagram Reels, TikTok or Youtube, this definitely plays a role. Just think of the sound of pouring wine, the bubbling of lemonade or the hearty crackling sound when you bite into a crispy baguette.

How we experience taste depends not only on the sense of taste, but on all five senses. On social media, particular attention is paid to the colours for the taste: The colour already creates a certain expectation, which can then be confirmed and reinforced when consuming or drinking. Anyone who promotes drinks on social media should now incorporate optics into product design even more than before. In particular certain colours can be used to reinforce the expected taste and, ultimately, the real taste. 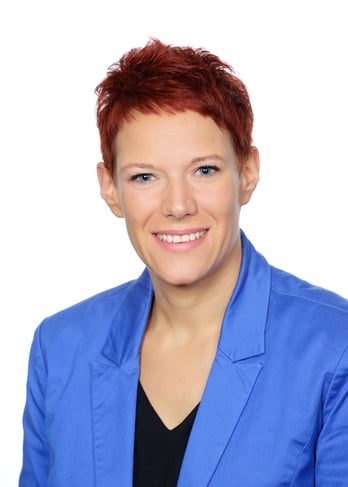 How flavourings are created