When it comes to the topic of trendy and innovative beverages, the natural boosting Energy drinks will play a major role in the future. Back to nature is the motto of these new drinks. With natural ingredients such as botanicals, they provide quick power, promote relaxation or ensure a clear focus. Certain products work against stress or promote sleep. Ingredients such as matcha, ginseng, guarana or certain proteins now bring mood out of the can!

They sparkle, often taste like gummy bears and make you fresh: In the past decades, energy drinks have been among the top performers in sales of soft drinks. However, the demands placed on these energy spenders have changed: the sparkling drinks have been increasingly criticized for their synthetic ingredients as well as for the negative effects when drinking it as alcoholic beverage.

As a result, a new variety of liquid, natural stimulants gradually made its way onto the shelves: These products contain herbal ingredients such as botanicals or nutrients such as protein from natural sources, which should have a certain, desired effect on the body and health-promoting effects immediately after consumption. Natural stimulants - preferably with a clean label that means with less ingredients and without artificial colours or flavours - meet the increasing need of consumers for products that are as healthy, unprocessed and sustainable as possible.

The new, natural stimulants with functional ingredients are just the right thing - because they arise from the power of nature: Whether the caffeine in coffee, the components of the guarana plant as well as black and green tea and kola nuts, these functional ingredients are increasingly replacing artificial additives such as taurine and glucuronolactone. They provide the mixtures their stimulating effect in a natural way. 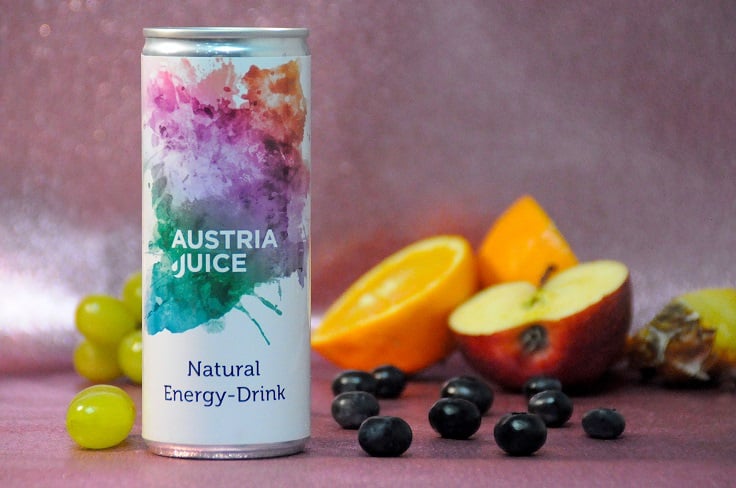 Water-based drinks are also becoming more popular, as they are  intended to hydrate the body and thus provide it with new energy. For example, the US label "Zola" released sparkling energy water in various flavours. Foodpairing makes it possible to combine innovative combinations of the most popular flavours to create and surprise the consumer with ever new, delicious taste experiences.
(Source: Passport “Mate and the rise of plant-based natural energy alternatives” 2018)

With this new composition, the natural stimulants not only score with a more natural taste, but also with a higher degree of credibility: According to Mintel, 77 percent of US consumers believe that fruit and vegetable ingredients are more effective than artificial ingredients. This year, the fruit blueberry will also be in focus, as it fits perfectly with the trendy Pantone Colour of the year - Classic blue.
(Source: “Botanical Ingredients for Health and Functionality”, Emma Schoffield, Mintel 2018)

Today, natural stimulants are supposed to promote muscle growth or improve concentration and memory performance, for example, through special proteins such as whey or soy protein. And: The best thing is to protect the health of the grey matter and the nervous system at the same time. That is why vitamins B1, B2, B5, B6 and B12 can be found more often as useful extras that also have anti-aging effects for the brain. The addition of vitamin A in certain drinks is said to specifically strengthen eyesight and promote eye health. Examples like this again reflect that the increasing need for health-promoting products is one of the top trends in the beverage market counts!

In addition to extra vitamins and minerals, which have a fixed place on the ingredient lists, especially in sports drinks, nootropic ingredients are the must-have for functional drinks: They are mostly contained in botanicals and thus reduce stress in a natural way and support the thinking process or sharpen focus and improve attention. They also have a positive impact on motivation and mood. This works by activating the release of certain messenger substances - namely neurotransmitters - in the brain. For example, L-theanine is an amino acid with a nootropic effect that is found in various types of tea. It helps you relax while at the same time having an activating effect!
(Source: “A year of innovation in sports and energy drinks”. Amrin Walji, Mintel 2019)

A brand from Austria takes the statement “Vegetables are healthy and gives strength” to the extreme and presents the world's first natural energy boosting drink based on vegetables and with the full power of green cucumber and mint. The natural stimulant from "Pure Bio Energy" gets its power from super caffeine from organically grown coffee beans.

Popular flavours for sports drinks and natural stimulants are mainly fresh notes such as citrus: According to Mintel, more exotic varieties such as yuzu or lemongrass are becoming popular. In addition, tropical fruits such as pineapple, mango or guava are popular ingredients for the natural drinks.
(Source: “A year of innovation in sports and energy drinks”. Amrin Walji, Mintel 2019)

Drinks that calm and specifically promote sleep are also becoming increasingly popular in the New Work Society: working hours are becoming more flexible, more and more people are exposed to high stress levels during short or longer periods. According to Mintel, 86 percent of consumers in the UK state that they are regularly under stress. In the United States, 34 percent of respondents put stress first among the health problems they have struggled with in the past twelve months.
(Source: “Embracing relaxation attributes in food and drink”, Regina Haydon, Mintel 2019)

This is having an increasing impact on sleep quality: A study by the Medical University of Vienna by Eva Schernhammer shows that sleep disorders in Austria alone have quintupled in recent years. In addition to back problems, sleep disorders are propagated as the new widespread disease!

Sleep well - with the right drink!

Antidotes are now in demand, and so the trend does not stop at the beverage industry. Soothing ingredients such as lavender, chamomile, lemon balm, passion flower, ginseng, ashwagandha, rose root or rose petals have a so-called adaptogenic effect: they relieve stress, prevent sleep disorders and support healthy sleep. For example, the herbal-based sleep drink "Snoooze" contributes to more relaxing nights in two different strengths, and the drink sleep.ink even relies on that sleep hormone melatonin to reduce sleep time. Anti-inflammatory and calming effects sometimes have turmeric, ginger, cardamom and goji berries, which is why they are the new popular ingredients for anti-stress and sleep drinks. 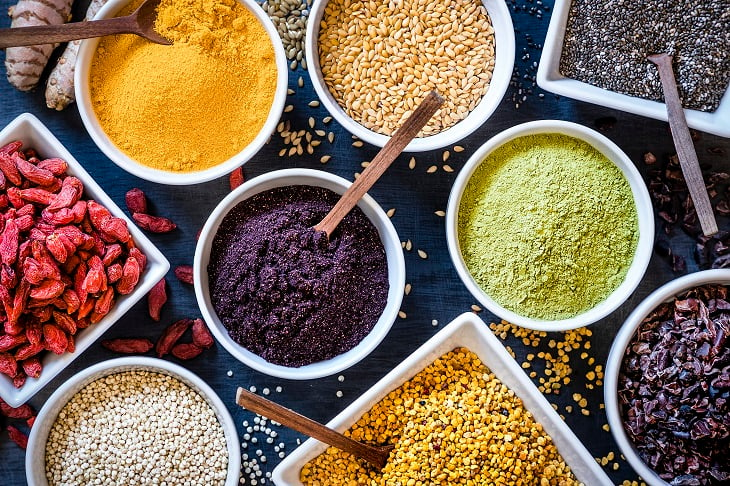 A shooting star among the superfoods for beverages is hemp - as ingredient in soft drinks as well as in beer: cannabidiol (CBD), a non-psychoactive compound with a nootropic effect, which is said to improve sleep quality and alleviate anxiety and inflammation.

By the way: 27 percent of adults in the UK want their diet to influence their mood. 29 percent consciously eat foods that have a stress-reducing effect.
(Source: “Embracing relaxation attributes in food and drink”, Regina Haydon, Mintel 2019)

Energy drinks are reinventing themselves: Depending on the desired effect, natural ingredients such as nootropics or adaptogens should activate the body's own energy, improve concentration, reduce stress or calm the body as a whole. Instead of artificial ingredients, which tend to have negative effects on health, natural supplements are now used: among other things, caffeine, guarana or certain proteins are now increasingly mixed in the natural stimulants. Ingredients such as chamomile, lavender, ginseng, passion flower and even melatonin soothe and ensure a good night's sleep. 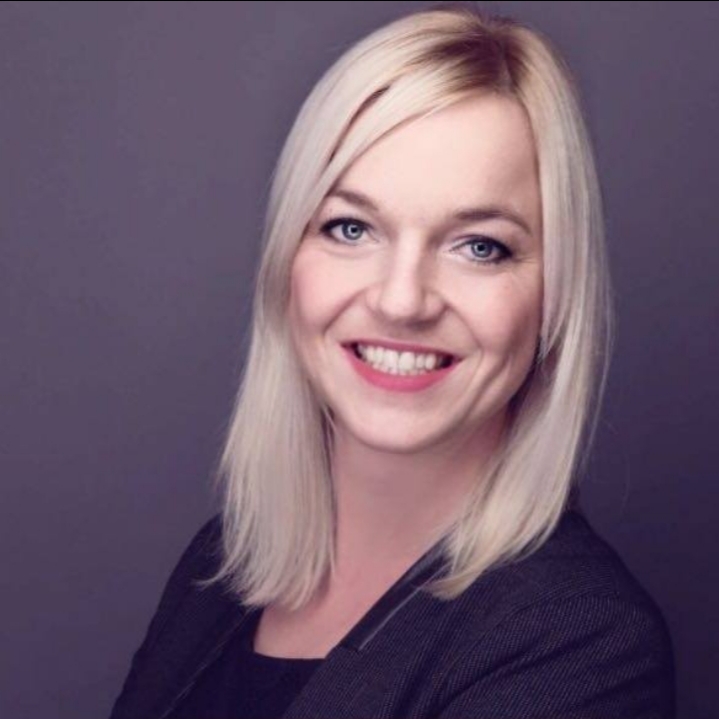